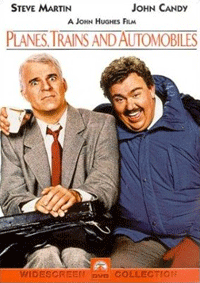 A close second in the voting was Woody Allen’s 1986 dramedy, Hannah and Her Sisters, which opens on one family holiday dinner and culminates in another a year later.

A distant third was the 2003 indie dramedy Pieces of April, written and directed by Peter Hedges and starring Katie Holmes as an outcast daughter who invites her family for turkey dinner. The film is available to watch for free this holiday weekend at Hulu (viewable only by those in the U.S.):